Online advertising, as I’m probably going to declare in every single article, is the next big thing in the marketing mediascape and as online advertisers increase in number, they’re constantly on the lookout for new online advertising strategies to get all new leads. Google’s paid search options,among others, with the Pay-Per-Click (PPC) models continue to flourish but with the social media boom, platforms like Facebook offer a new chance for advertisers to leap out from behind the metaphorical wall (wait, is it a wall after all ? Bush, perhaps ? I don’t know- whatever people leap out from behind to take you unawares) and entice users with their products. In short, the online advertiser is now spoilt for choice. 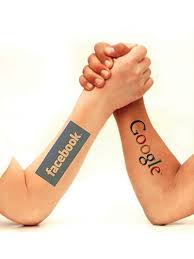 But as American psychologist, Barry Schwartz puts it in his 2004 book The Paradox Of Choice: Why Less Is More, too many choices can end up confusing us ( a prime example would be me at a pizza store- do I get the pepperoni ? The margarita? The meat-lovers’? The vegetarian ? Ugh, I don’t know. I’ll just go home and chew some salad). To get us back on track before I ramble off on a pizza tangent- therefore, when planning a campaign,  it might be helpful to know exactly how social media advertising works in comparison to Google’s direct-response, PPC strategies.

So what’s the difference between the two ?

For starters, social media marketing usually works on a Cost-Per-Mile (CPM) model with a brand approach. To put it simply, you pay for impressions, not clicks- there’s a predetermined set of impressions (usually 1000, giving it the name, ‘Cost Per Mille’) that you’re charged for. Like traditional advertising, you can’t know for sure how many impressions you’ve made. Also, social media ads usually have lower Click-Through-Rates (CTRs)- the focus is on branding and building brand awareness, as opposed to immediately converting potential buyers.

Direct-response online advertising, on the other hand, works with the PPC model where you’re charged only for people clicking on your ad, not for displaying it. Google’s AdWords tool brings a degree of measurablity and accountablity that CPM models don’t. In short, along with being able to set up a fixed budget (you never accrue charges above your limit), you can also track exactly where your money is going and pay only when your ads are actually working.

Tip: Evidence suggests that the direct-response approach is especially potent in B2B situations, with PPC making a far greater impact than CPM.

Okay, so which one should I pick? Well, for one thing, social media platforms like Facebook show you ads when you may not looking to buy anything. You’re sitting there casually browsing through pictures of that one person you met at a party year ago, reminiscing fondly about the great kebabs they had there and then Facebook shows you an ad for a clothing retailer. You don’t want to buy skinny jeans right now, you just want to think about those kebabs in peace. The problem, therefore, with this scenario is that users are not necessarily looking to buy at this point, resulting in the lower CTR mentioned earlier in this article.

On a slightly tangential note, let’s consider this- does social media marketing actually manage to convert new leads? For example: I like pizza, I’ve ordered pizza from Domino’s online before and I live in Kolkata where there are Domino’s outlets aplenty doing (presumably) well for themselves and Facebook knows all of this. It’s then hardly surprising when an ad for Domino’s pizza turns up on my Facebook feed (with more regularity than I’d care to admit). Does this mean that Facebook and Domino’s have convinced me after one look at the beautiful pizza on screen to fling myself at the phone and order a large pizza with everything on top (EVERYTHING) or that I was going to order a pizza anyway and simply happened to see the ad before I did?

Google ads, on the other hand, are displayed at a crucial point in the buying cycle- your ads show up when people are actively searching for your product, giving you a far higher chance of convincing them to click and eventually, buy. It is an answer to a specific demand, giving you a motivated audience and eliminating the uncertainty and guesswork that a CPM model might include.

In conclusion, every business ha s very particular needs but in general, I’m going to go out on a limb and say Google’s PPC AdWords model works better if you’re looking to get results soon and drive highly motivated traffic to your website.

Agree? Disagree? Have insights (or pizza) you’d like to share?Looking to advertise online? Look no further. releaseMyAd Online is one of Google’s select Premier SME partners,making us the easiest way to start an ad campaign to promote your products/services on Google. ReleaseMyAd has no minimum payment clause- we cater to all budgets, making your online ad campaign affordable and directly converting your money to calls and queries from potential customers.Call on 09830688443 or email at online@releasemyad.com.

Author Bio: Sukanya Datta Ray is an intern at releaseMyAd.com where she writes a lot of emails and daydreams about pizza, among other things, at her desk. She’s studying English at Smith College, USA and during her time with us, has helped us extensively with our AdWords accounts, gaining a lot of insight into the world of online advertising.

How to Start an Online Advertising Campaign in India