CarZippi is Bangalore’s most popular mobile car washing companies. The company’s unique concept of turning any parking space to a car wash ensures you save your time and money. With the CarZippi app in your cell phone, you do not have to waste that hard-earned holiday navigating to a car wash centre. Simply fix an appointment while at work or catching a movie while CarZippi shines and polishes your car. Like your normal beauty salon, CarZippi too has several packages to suit your budgetary needs. This awesome platform takes care of all your car servicing needs.

CarZippi is a new startup in Bangalore with an innovative idea for easing the average Bangalore life. Although a novel concept CarZippi needed to promote itself and establish its brand in the city. CarZippi wanted to increase its service sales through an investment in the ad campaign. 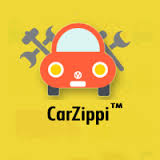 CarZippi entered the Bangalore market at one of the most convenient times when the city has the second highest number of registered car users. Moreover, the fast life of Bangalore allows very little time for car care. Thus, CarZippi is a boon for car users in the city.

But as a pioneering concept, CarZippi had failed to convince customers of its benefits. What the company needed was an advertising campaign that would enumerate the positives of letting your car be serviced by CarZippi.

The startup bosses wanted a young team to promote their CarZippi in Bangalore. They wanted a team which would understand their advertising goals and ensure to achieve them within their budget. They had plans for an aggressive campaign which would ensure them a high return on investments.

Since we were promoting a car servicing company, we targeted the affluent and upper-middle-class segment of the Bangalore market. We chose the tech-savvy male and female age groups of 25 to 55 as our target audiences.

Radio ads were picked up as the best option for promoting CarZippi in Bangalore. This is because radio reflects the listeners, making it super easy to reach the target groups. Moreover, since people listen to their chosen stations they are more engaged in the radio content generating more accurate results for radio ads. Our team chose Red FM for promoting CarZippi based on its listenership. The Red FM audience in Bangalore consists mostly of affluent and upper-middle-class people.

Keeping in mind our target consumers and Bangalore’s ethnic diversity we decided to get the radio ad done in English. Our ad endorsed CarZippi as the useful service provider it is. Also, we stimulated the potential customers into buying their services with various on-going discounts and offers. We got 2 radio ads made – one of 10 seconds and the other of 15 seconds.

CarZippi was planning for an aggressive ad campaign. Keeping that in mind we created 2 different radio ads in English. One enumerated the benefits of servicing your car with CarZippi and the other promoted the various discounts and offers given by the company. The ads created had duration of 10 sec and 15 sec and the campaign was to run for 60 days, 10 times daily.

We ran the first ad which tallied the advantages of CarZippi more often initially for the first 2 weeks. Then we began to advertise with both the ads simultaneously with an extra emphasis on the discount offers ad. The last 2 weeks saw a new balance between the airings of both the ads.

CarZippi announced its soaring customers shortly after the ad campaign was launched. At the end of the ad campaign, CarZippi stated a 6.7% increase in their sales.

Chumbak creates waves among the youth with its quirky ‘desi’ appeal