Bengal has a vibrant culture. People in the Eastern and Western parts of Bengal are bound by their common language, traditions and interdependent economy. The ethos of the common Bengali man revolves around Football, ‘Ilish Mach’, ‘Adda’ and entertainment of Zee Bangla.

‘Jibon Manei Zee Bangla’ has been adopted by the Zee Bangla TV channel as its tagline which stresses the importance of this Bengali general entertainment channel (GEC) in the lives of Bengalis across the Globe. The tagline literally translates to ‘Life Means Zee Bangla’. With a series of popular shows that transcends borders, this Bengali GEC has become the part and parcel of the run-of-the-mill Bengali life.

Advertisers aiming to make a mark in Bengal can use the wide reach of Zee Bangla for their advantage. Brands prefer to advertise with Zee Bangla to stimulate the Bengal audiences effortlessly. Here is why:

There is something for everyone

Being a GEC, Zee Bangla has something for everyone. On one hand they have brought to life ‘Batul, the Great’ one of the most famous comic character in Bengal for the kids segment and, on the other hand, its mythological show Eso Ma Lokhi is all about the tales of Goddess Lakshmi, the most worshipped deity in Bengal. There is also no dearth of family dramas on Zee Bangla. Kojagori, Amar Durga and Dweep Jele Jai are all stories of Bengal with strongly sketched characters which echo the spirit of Bengal.

The channel caters to the entertainment needs of all age groups. There are programs for kids, game shows and mythological characters coming to live on the small screens with Zee Bangla making it the perfect medium for advertising to the Bengali audience. 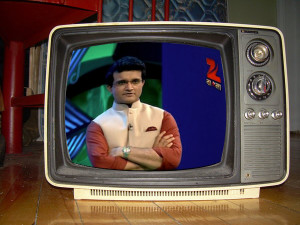 Dadagiri is not just a quiz show. It is a celebration of Bengal. Hosted by Bengal’s cricket legend, Sourav Ganguly, this quiz contest hooks almost every Bengali home to Zee Bangla. Participants from all districts of Bengal and the expatriate community find resonance here. Now in its 6th season, Dadagiri is a favourite for all age groups as it brings the Prince of Kolkata to his people. Dadagiri remains one of the most prestigious platforms to showcase your brands to Bengalis.

Celebrity and Reality  on TV

Like all other GECs, Zee Bangla has a host of reality shows like Sa Re Ga Ma where participants enthral viewers with their melodious voices and Mirakkel, the Mecca of Bengal’s stand-up comedians. Also, there is Rannaghar, the cookery show that brings delicacies from around the globe to the Bengali Kitchen. Celebrities and movie promotions are a regular part of these shows making each immensely popular with the viewers.

Events that make you want more

Zee Bangla brings some of the largest events for their audiences. Award functions commemorating Zee Bangla artists like Sonar Sansar Awards are produced by the channel itself. The event is made extremely popular due to audience voting. The channel also showcases events on singular Bengali occasions like Mahisasur Mardini and Zee Bangla Mahapujo before Durga Puja. These events engage viewers and create multiple points of contact between the audience and the channel. The events also serve to make the festive season more glamorous and deliver enormous enjoyment for the viewers.

With such appealing content for all ages in Bengal, the channel has become synonymous with entertainment for the Bengali Diaspora. To advertise in Zee Bangla contact us on 09830688443or write to us at enquiry@releasemyad.com .

5 Perks of advertising in UTV Action Channel with releaseMyAd