Advertisements on TV are as old as the television itself. Initially, advertisements were shown before a TV program began and in between the weekly movies. But as the merit of advertising increased and competition in the market grew, advertisers started looking for newer ways to promote themselves. Steadily ads crept in between programs to increase brand recall and visibility. Even the dry and drab news wasn’t spared on the news channels. 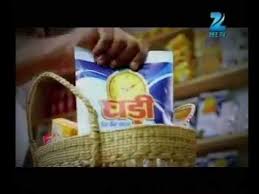 Since general entertainment channels(GEC) turned into pay-channels, advertisers began a shift towards the news channels, as most news channels were free-to-air and their ads could easily reach the masses.  The news channels make it a point to reach the masses as they often pay a signal carriage and prominent position placement fees to network operators instead of collecting subscription fees from the viewers, to keep the audience from changing loyalties.

Moreover, the Indian Government has imposed the 60-minute wheel policy, whereby no TV channel can broadcast more than 10 minutes of advertisements and 2 minutes of self-promotions in a 60-minute time slot. Under these circumstances advertisement revenues often remain the sole bread and butter of Indian news channels leading to innovations and over-cluttering of the screen space. The GECs soon picked up these news channel innovations for advertising and today you often find the same type of ads in both the channel genres.

Advertisers and TV channels, both are looking forward to adding more advertising varieties to their promotion techniques. Here, are 9 TV ad types that you cannot afford to ignore!

1. Ads in Standard Commercial Breaks: These are the oldest form of ads on TV and still generate maximum revenue for the TV Channels. Also, it is common knowledge that the first ad after the break begins and the last one just before the program resumes has the most visibility making them a much sought-after advertising spot.

Sold at premium ad rates Standard Commercial Break ads are the best forms of advertisements for advertisers with a robust budget. 2. Ticker Ads: Tickers are the scrolling texts at the bottom of the screen. These were primarily designed to
serve as a news updates medium but now are used for ads as well. Since these are only in the text format and need very fewer resources in creation, tickers have become a favorite with SMB advertisers looking for economic ads.

Ticker ads serve as a great earner for the news channels.

3. Non-Free Air Time Promotions: As the name suggests, these ads appear in the non-free time, i.e., while a program is on. In most cases these appear as info-graphics on the left part of the screen, or as an L-shaped advertising around the anchor or video footage on. Their popularity is biased towards news and sports channels. Sometimes even company logos or text messages disrupt the audience’s view.

These ads are 30 to 40% more expensive than the Standard Commercial Breaks Ads as they are shown along with the programs while visibility is at its zenith.

4. Sponsorship of Programs: Program sponsorships ensure a regular flow of money for the channel. Sponsoring a particular program helps advertisers to gain better visibility. Also, a lengthened sponsorship helps the product brand to bond better with the viewer. It serves as a subtle reminder of the brand by means of association.

But as sponsorship programs are more expensive than any other form of advertising on TV, they bring their own snags for a news channel. For example, news channels rarely drop a sponsored program from its slot or cancel it even for the most important events happening.

5. Segment Sponsorship: Segment sponsorship is another important ad type available with the news channels. In this case, different parts of a general news wheel are sponsored. For example, if Berger Weather Coat or Dulux Weather Shield sponsors the Weather Report on any of the news channels, it will be a sponsored ‘news segment’. Also, during sports events, you will often find sponsors for highlights. Segment sponsorships are especially prominent during cricket matches where every six and four is highlighted with a sponsorship tag.

In the case of news channels, sponsors prefer this advertising technique as a general news wheel gets repeated many times in a day and brings the brand more visibility and recall. The same is the case for cricket matches. 6. Cause Marketing Sponsorship: This is another type of sponsorship where advertisers associate themselves with a cause that is being promoted through the TV program. For example, NDTV’s Toyota Greenathon helped Toyota to place its brand image as an environment-friendly company.

Cause Marketing Sponsorship is a subtle way to manipulate your brand image.

7. Advertorials: Advertorials or Advertiser Funded Programs (AFP) have also become a great source of income for the TV channels. These advertorials mostly occupy the post-midnight and early-morning slots. The slots are often booked by Telemarketing companies and ‘Godmen’ spreading their message of God. Often these advertorial slots are sold to the sponsors for a program highlighting their products by the news and music channels along with popular GECs.

8. Cross Marketing: This is a unique marketing style between different media outlets. Here one program definitely takes pains to alter its script to advertise another program. Often news channels are roped in to advertise an upcoming program and in return, the news channel is featured in the program. In 2012, ABP News ran a news item about the disappearance of a young NRI woman which was actually an ad campaign for a telly show to be telecasted on Star Plus. While the show itself always referred to ABP as a preferred news channel. Another example was of KBC tying up with Aaj Tak. Here, the news channel got the exclusive footage of the show and the KBC winners, while the quiz show showed the logo plate of the news channel.

This symbiotic relationship helps to gain better visibility with their mutual target audiences.

9. Integration Promotions: These are very subtle ways to promote a product or brand. Integration Promotions are very common in the fiction genre of GECs where a particular script shows an integration of a particular FMCG product or an upcoming event or program. The characters make it a point to say positive reviews well-crafted within the limits of the script. For example, before Star Plus launches any new show, all its hit shows make it appoint to talk about the upcoming program. In the case of news channels, this is prominent with the news anchors using a laptop or coffee mug branded with the product.

Since this ad type is integrated into the audio-visual of the program, it is difficult to miss. The product enjoys great visibility and brand recall too.

With so many advertising options available for advertising in TV channels, you are sure to find the perfect fit for your promotional needs. For economic ad spots on various TV channels, contact releaseMyAd at 09830688443 or write to us at enquiry@releasemyad.com.

How Aaj Tak intensified news and ads on Indian television?