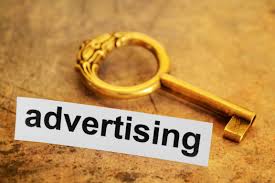 India still wakes up to reading newspapers.  The educated class reads newspaper as a sheer matter of habit.

What if, one day there is no newspapers and none gets to read them? Even today, when the digital media, arguably, is taking away almost the major chunk of the business, if newspapers decide to vanish, there will be a hullabaloo. After all, Newspapers still remain the most reliable media vehicle. And guess who gets to benefit from this? The advertisers!

Newspaper Advertising has been the most important form of advertising since the time the word advertising came into being. It might sound cliche but the fact remains that there is no Media vehicle can even think of competing with the reach of the newspapers. One of the most crucial factor which answer the question why is advertising so important in the newspapers is because of the local, regional and national coverage it provides.

For the new businesses, start ups, the small businesses, the newspapers act as an absolute boon. Newspaper advertising most of the times takes care of the budget limitations these businesses face.

One major issue which newspaper advertising face is the fact the newspaper houses are not easily accessible.  It is not easy for the advertisers especially the news businesses to reach out to and give advertisements in the leading newspapers as they have the strict policy of which ads to take and which ads to avoid. ReleaseMyAd makes the ad booking process in the newspapers especially for new businesses simpler, easier and hassle free. The businesses just need to visit the website http://www.releasemyad.com/ or call on 9830629298 and be rest assured that the ad will feature in the newspapers of their choice. It just takes a three-step process to book an ad via releaseMyAd.

What Does an Online Advertising Agency Do for You?