Making luxury travel possible and accessible to the masses, Luxury Escapes is a startup headquartered in Australia. Partnering with global hotel chains across continents, Luxury Escapes manages to enthrall its clientele by providing exclusive deals into the laps of luxury. It provides a platform for customers to book online holidays to their favourite locations and also access hospitality of the greatest hotels in the world along with enjoying their added benefits. The company recently expanded its operations to the Indian market.

Luxury Escapes, a premium travel, and luxury brand had already established a name for itself in Australia. This time the brand forayed into the Indian subcontinent and wanted to promote the brand among the masses. Wishing to target a premium segment of the audience, the brand looked at print media advertising to announce its arrival in the niche category of organizing elite tours and travels. The core advertising objective was to create brand awareness and announce the arrival of a new player in the market that did a lot more than just book rooms at your destined location. Luxury escapes planned on highlighting its USPs and project itself as a one-of-a-kind leader in the market. Luxury Escapes curates a marketplace for customers to select holiday packages from a host of locations and enjoy exclusive benefits complimentary with their stay. Keeping the customer segment in mind, it was highly imperative for us to be visible on a platform that catches the attention of the core targeted segment. The maiden print advertising campaign was executed in key cities of Mumbai, Chennai, Delhi, Bangalore, Hyderabad and, Kolkata.

releaseMyAd in communication with the General Manager of the brand in India, Mr. Mahesh Thota, decided to advertise in travel sections of premium newspapers to generate the maximum response and pique interest of the masses. Full page advertisements of multiple insertions were carried out in the travel section of Economic Times-Panache in Delhi, Mumbai and, Bangalore simultaneously. One of the highest circulated dailies of Andhra Pradesh & Telangana, Deccan Chronicle was leveraged in that geography. Hindu Metro Plus, a highly circulated and trusted daily of the region was used to spread the word in Chennai and Bangalore. Hindustan Times Group with its offering of HT City in Delhi and HT Cafe in Mumbai generated huge buzz among its audience in these two cities. For the Kolkata market, the Sunday special magazine of Graphiti created curiosity and subsequent interest among the public. Interestingly, this campaign was carried out in special travel pages/segments taken out by each of these publications. Also, the brand opted for multiple insertions instead of one to build its image and capture necessary attention. The creatives were colourful, highly informative about the product and provided detailed description of each deal. The campaign was carried out majorly during weekends when the response rate is generally high.

Luxury Escapes caters to a very niche section of the society and undoubtedly there is something inherently nice about luxury holidays. The brand with its launch in the Indian 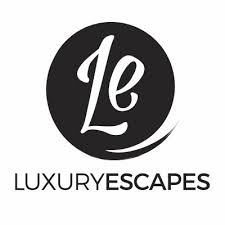 market made a mark with its maiden advertising campaign and generated a huge buzz among its targeted segment. Deals offering stays at top-rated places of the world embalmed at the lap of luxury along with enjoying tons of complimentary offerings piqued the interest of the elite masses and boosted up the sales significantly.