Mody Group’s educational institutions are the perfect place for the all-around development of girls. Apart from education in contemporary subjects, the institute promises to propel the spiritual growth of its students. A residential school and technology centre, the group provides 2 distinct educational organisations for the development of women in India. As the Mody School sharpens the inborn qualities of an individual, the Mody Institute of Technology and Science (MITS) polishes them to shine. Once your daughter is associated with the Mody Group you can rest assured with a promising career for her.

The group attempts to provide quality education and professional excellence for the female students to become ideal citizens of the society. The education institutes run by the group keep an eye on the all-round development of an individual in a safe environment.

Mody Group has created one of the best campuses in India for its school and university. Its state of art facilities is at par with any top ranking international institute, and its round the clock security for female students is unparalleled in the nation. Located in western India’s Rajasthan, Mody School and MITS remained virtually unknown to the rest of India. The institute is known for providing consolidated fee structure for students from the 7 north-eastern states of India, thus empowering women across the nation.

An educational institute built on the ideals of greater-good needs to bring itself forward for the education of Indian women. Thus, it was paramount that Mody School and MITS advertised across various mediums to reach maximum students and their families.

releaseMyAd had quite humble beginnings and since then has never looked back. Mody Group’s ideals and responsibility towards seeing Indian women succeed in life inspired releaseMyAd to be associated with the group. For Mody Group, our credentials and innovative out-of-the-box ideas were a great attraction.

Mody Group joined our ensemble of esteemed clients in 2013 and gave us an opportunity to be a part of ‘education for all’.

We begin with Our Research

releaseMyAd began its campaign planning with a thorough research of the Mody School and MITS target groups. Our team concluded that although parents from all over India would prefer to send their daughters to the safety of Mody campuses, its fee structure would invite only students from well-to-do families who could afford it.

We decide on the Target Groups

Since Mody School and MITS both only admit girls our target groups included girl students in the 18 to 25 age brackets for MITS. For the Mody School, we decided to target young to middle-aged couples with kids who study in classes III to XII.

To popularise Mody School and Mody University throughout the nation, our team wanted to highlight the USPs of the Institutes to its TGs, which were:

1)    Combining the Best of Both Worlds: The Mody Group doesn’t only see to the professional growth of its wards. Equal importance is given exceptional prowess in extra-curricular activities and spiritual growth of the students.

2)    Commitment to Excellence: The Mody School and MITS are both committed to providing modern education to its students along with imbibing a social responsibility and environmental consciousness for the progress and prosperity of self and society. Both the institutes are dedicated to infusing the values of duty, courage and honesty among the students.

3)    Top-Notch Campus Facilities: Both the Mody Group institutes are spread across acres of land, with secure accommodation facilities and catering for boarders. Great faculties and sports facilities along with career counselling, research laboratories, smart classrooms, library, campus-wide Wi-Fi connectivity, medical staff on campus and scholarships for deserving students are some of the salient features from the campus of MITS and Mody School that our team wanted to highlight.

This was a huge opportunity for both the releaseMyAd team and the Mody Group of Institutes. Both teams were expecting to expand their prospects through the ad campaign. A nationwide ad campaign was organised spanning almost a year across different mediums.

The media plan was divided into various phases.

The main objective of the first phase of the campaign was to acquaint the target audiences with Mody School and MITS. People were to be introduced simultaneously to the high points of studying at MITS and Mody School.

The second phase, of the campaign, served as a reminder to the parents and students, and to endorse admission notices in MITS. The last phase again was used to keep Mody School and MITS in the minds of potential students and their families.

Choice of Media in promotions 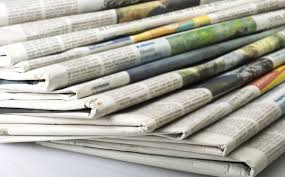 We made sure to advertise mostly on weekends and on the supplements related to education and jobs like
Times Ascent and One Stop. Our Mody School and MITS ads appeared in all top newspapers of India including dailies like Times of India, Hindustan, The Telegraph, Dainik Bhaskar, Rajasthan Patrika, Amar Ujala, Mid Day, Punjab Kesari, Tribune, DNA, Ajit, Hindustan Times, Divya Himachal, etc. In the Eastern parts of India, we bought ad spaces in Ananda Bazar Patrika, Sambad, Janpath Samachar, Poknapham, Nagaland Post, Asomiya Pratidin, Assam Tribune, etc. This helped Mody School and MITS reach the interiors of north-east India.

The ads hooked readers’ attention by virtue of their aesthetics and placements.

We also booked ads for newspapers in Nepal for vying the attention of Nepali students. We advertised in Nepalese newspapers of Kantipur, Himalayan Times, Republic, Nagarik and Kathmandu Post.

In the first phase of newspaper advertising, where we were introducing the Institutes our advertisement bordered on just providing the USPs of the institutes and the address. While the Mody School ad featured the school building in the background with two students mirroring confident expressions, the MITS ad had a family surrounding a highly educated girl basking in the glory of her success. This ad also contained an overview of the courses offered.

We made sure to advertise for Mody School extensively in the nearby states of Rajasthan, as young students may not travel too far for their schooling, but for MITS, we ensured to reach far and wide into every corner of the nation.

The second phase of the ad campaign began with us reminding people of Mody School and MITS. Also, we introduced the admission prospects with MITS at this stage and success stories of Mody School students for Class X, in two separate advertisements.

The newspaper ad campaign began in the second quarter of 2013 and continued to manifest itself well into 2014.

For the first introductory phase of advertising, we also got some ad spots in top in-flight magazines like Jet Wings, Spice Route and Air India. Meanwhile, our media buying team accrued some spots in India Today and Outlook magazines for MITS. This made sure our ad message reached all our intended target audiences at the onset of the campaign. Our MITS ads appeared in other magazines like the Eclectica and Gujarati Chitralekha too. 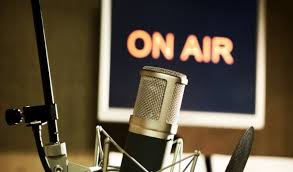 To boost up admissions in 2014, we decided to advertise on radio stations in three cities. Jaipur was chosen for its proximity to Laxmangarh, where our educational institutes are located. We knew most of the students would come from the Rajasthan capital. Apart from it, we decided to advertise in Patna and Lucknow. This is because parents in these two cities are extremely concerned about the safety of their daughters.

Our media choice zeroed in on Radio Mirchi as it is amongst the leading radio stations in these cities. It is immensely popular with students in our target groups. Radio ads also have a distinct advantage of being omnipresent, i.e. it is very difficult to filter out the radio sound when it plays nearby.

The radio ads invited students to enrol in the diverse courses of MITS while enumerating the highlights being a part of Mody University.

For the third phase of the ad campaign, we also enlisted the help of TV channels. This would serve the dual purpose of inviting students for enrolments in MITS and staying on top of the mind of consumers.

We chose Times Now, ET Now and Zoom to cater to the English speaking audiences. This continued for the month of May and June 2014. Also, from June to July, for 4 weeks ETV Rajasthan displayed a 10 seconds ‘L’ shaped ad 12 times a day. As ETV Rajasthan was the reigning superstar of Television Channels in 2014, this hitch paid off quite well.

For our Hindi speaking audiences, we got Aaj Tak, Aaj Tak Delhi and Tej News channels. A scroll band was again played here for 8 weeks. In all, we managed 48 exposures in each channel, each day. Also, News 24 saw us playing the MITS ad for a month. This 10-second ad was played 72 times daily.

During the admissions period, both MITS and Mody School reported more enquiries regarding admissions. They also reported record rise in the number of admissions for the various courses offered by MITS. Also, female students from the north and north-east India flocked for their higher studies degrees from Mody University; thus, marking the success of our ad campaign.

For successful advertising campaigns across different media platforms contact releaseMyAd at 09830629298 or write to us at enquiry@releasemyad.com.

Max IT Services go the Traditional Advertising way with Newspapers to...