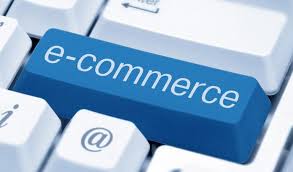 E-commerce industry with around 13.7 crore internet users, has paved its pay towards radio as a strong complimentary media. E-commerce no doubt is the best and easiest measure to track and drive sales 24 x7 but the charm of radio ad in this particular industry is undeniable. The number of Internet users in India is expected to have 200 million users and radio has an estimated audience of 158 million people. E-commerce, no doubt of has the power of direct response selling but the weapon of direct response advertising through radio is unavoidable.

A fledging Indian online retail industry has unleashed big buck mass media advertising in the past few years as they pursue to shape businesses with a broader urban consumer base in the country. Collaterally, advertising from e-tailing portals streamed 228% on television, 78% in print and 797% on radio compared to the same period last year, as per TAM Media Research.

As per reports, 2012 was an appealing year for Indian e-commerce, which capped off an incredible 5 years of exponential growth, from approximately $1.75 Billion in 2007, to over $14Billion by 2012. A great deal was apprehended about 2013 as a year of possible consolidation for the industry but 2013 witnessed a fascinating trend and great novelties in the industry. A fledgling Indian online retail industry has resorted to extensive budget for mass media advertising as they are looking forward to build huge customer base in India. It has been seen that online portals are now resorting to target customer touch-pints through more personal media like radio, television and print. Radio has bagged the major share of their mass media budget. As per TAM Media Research advertising from e-tailing portals have surged 797% on radio as compared to previous years.

Big brands like myntra, flipkart, jabong, olx, quikr are all plunged into radio advertising. The direct response effect, last minute influence, personal touch, emotional effect, creativity and the huge youngster base of radio has bewildered the attention of all the other media’s. The major internet users in India is the youth crowd and the major radio listener share is the youth. This clone f

eature of both the media has made it more obvious for e-commerce portals to resort to radio to enhance their market presence and performance.

Research shows that around 40% of the website visitors, have been prompted through radio advertisement. These figure and facts leaves no space for such prospering sector like e-commerce to leave radio advertisement untapped. Indian mindset still rests on seller buyer interaction switching to virtual experience is still difficult in most cases, but personal medium like radio makes it possible. It creates urgency and eagerness in its listeners to explore the website to know more. Radio has the most compelling effect than any other media.

E- commerce are very target specific and radio ad helps to break the market clutter , creating a niche for yourself. For example Releasemyad.fm client craftsvill.com, a prospering one stop solution for Indian products with female target audience wanted to create brand awareness and initiate Indians to use Indian products, which is easily accessible on their site. The major challenge was reaching the maximum Indians. This could only be possible through radio, reaching the urban and rural, literate and illiterate as well as all economic classes. Their radio ad showed profound appealing results.

Radio shares lot of common nodes with other mass media’s in terms of timing, targeting, space constraint, audience mass but what sets it apart is its personal touch and the power of compelling users, which makes it a success strategy for the e-commerce industry.

To advertise your ecommerce business on radio and to experience the best service log on to ReleasemyAd.fm. For assistance contact–jpaul@releasemyad.com, tel -03340311140

releaseMyAd- A one-stop Advertising Solution for your Business